Bangladesh is a small country with a very large population density of 150 million people. It used to be part of India but during independence it became Eastern Pakistan in 1947. In 1971, it became an independent state as what we know as Bangladesh. The country sits very low to sea level and depending on the time of year and amount of rainfall, large amounts of it may be covered with water and the amount of arable land can change drastically. 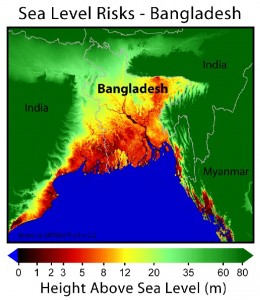 All methods of natural disaster strike Bangladesh, including: earthquakes, floods, cyclones, landslides and tornadoes. During the pre-monsoon season is when the worst severe storms strike (generally March/April/May with a heavy tornadic peak in April). It is estimated  by a research paper from Qayyum  that tornadoes occur 4 times per year. Other research has found that Bangladesh gets 6 tornadoes per year. However, it’s very hard to either verify or disapprove these numbers – the main tornadoes that get reported are usually killers. By the size of Bangladesh it would roughly put the tornado frequency about 1/3rd that of North Dakota. Supercells also appear to be relatively common during the peak season as well as large hail given the extreme environments with pockets of colder upper-air streaming from North India/Nepal into an area where temps are commonly in the 90s with 75F dewpoints more common than not. 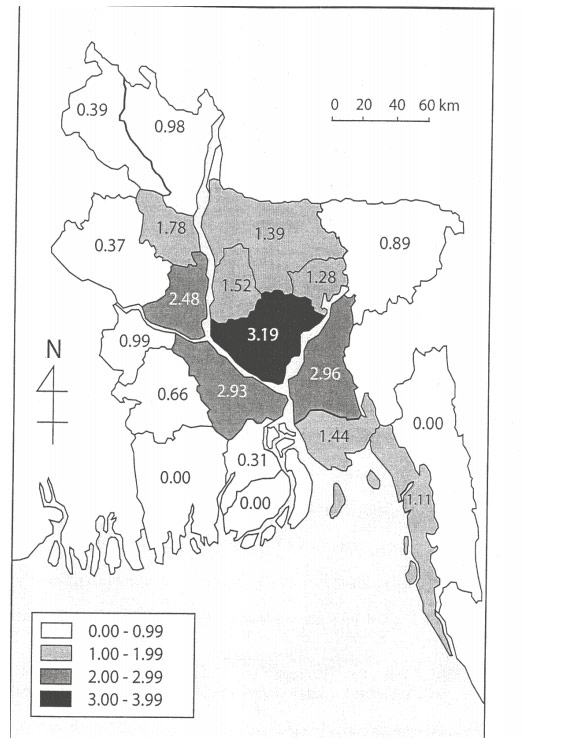 Another way to think of it is like this: imagine an area as densely populated as Oklahoma County which has a similar population density as to the entire country of Bangladesh. Now imagine Oklahoma County being hit by 6 tornadoes per year, without any warning and add onto that a bunch of people out in the open and living in tin structures.

The following map was created with data from Jon Finch and Ashraf M. Deewan: