We are currently investigating a supercell that formed at 7z just over the border into India and by 12z impacted Jessore and about an hour later Khulna. Damage was reported in both towns including several fatalities. Early on the storm appeared to have a hook echo and had an impressive reflectivity core per Kolkata radar. 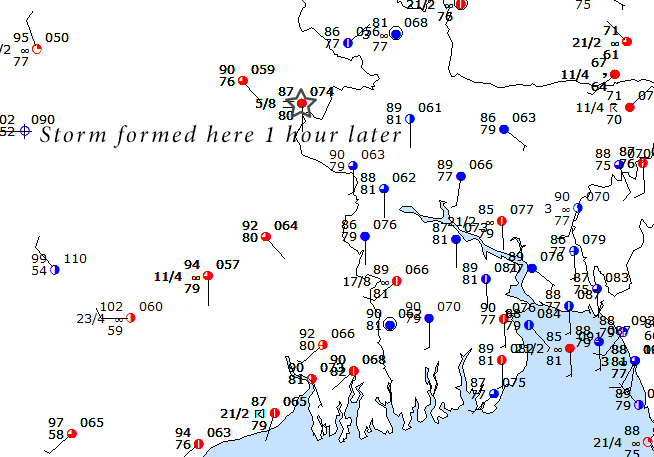 Storm now near Jessore, nearby obs is backing at 88/81. 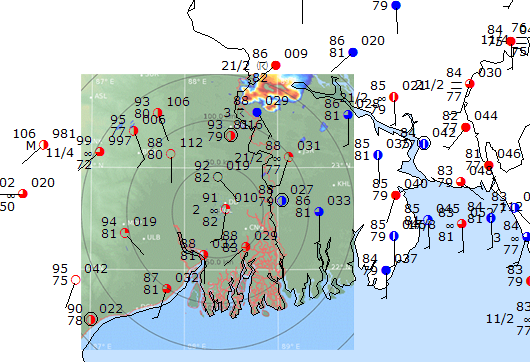 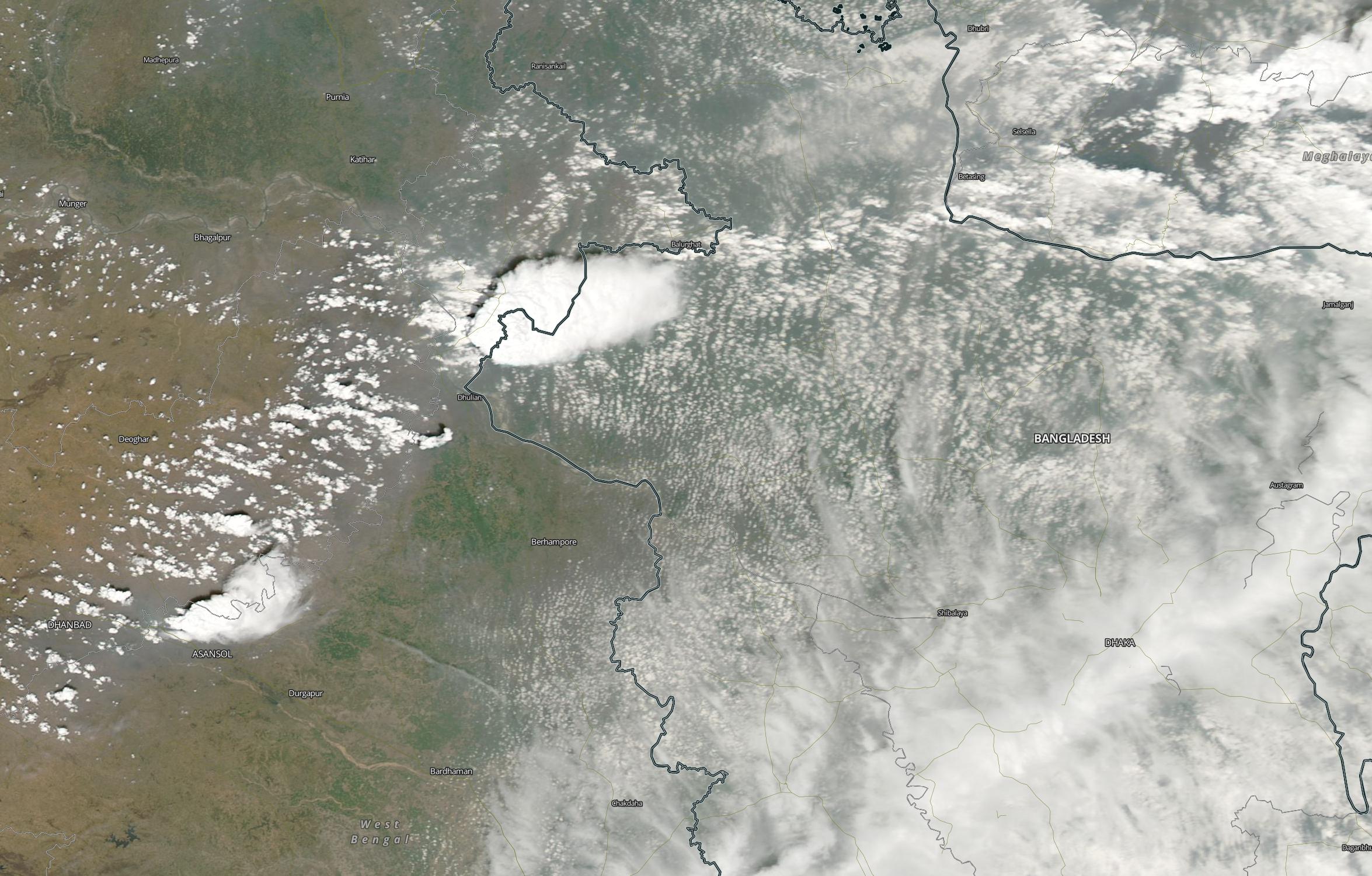 A woman was killed, 10 others were injured and over 10,000 houses damaged as nor’westers lashed Chuadanga, Bagerhat and Jhenidah districts on Tuesday.

An elderly woman was killed as a nor’wester hit several upazilas of Chuadanga in the evening, reports UNB.

Witnesses said Sabina, a resident of Majdah village in Alamdanga upazila, died on the spot as a wall of her house fell on her after being hit by the storm around 6:30pm.

Besides, several hundred houses were damaged and thousands of trees uprooted during the storm in different areas of the district.

Power supply to different areas got snapped as a number of electric poles were uprooted by the storm.