During our final chase in Bangladesh that had had us heading up Kishoreganj, we came upon an area of fresh damage including collapsed buildings and a rather large area of broken coconut trees. We conducted a quick survey (with not much time since we needed to get farther north).

The damage occurred around 6pm on April 26th according to several eyewitnesses and collaborated by radar data. No one witnessed a tornado but rather just an intense storm with straight-line winds. An analysis of the area seemed to show the path was no greather than 300m and all trees were downed in the direction of storm motion. 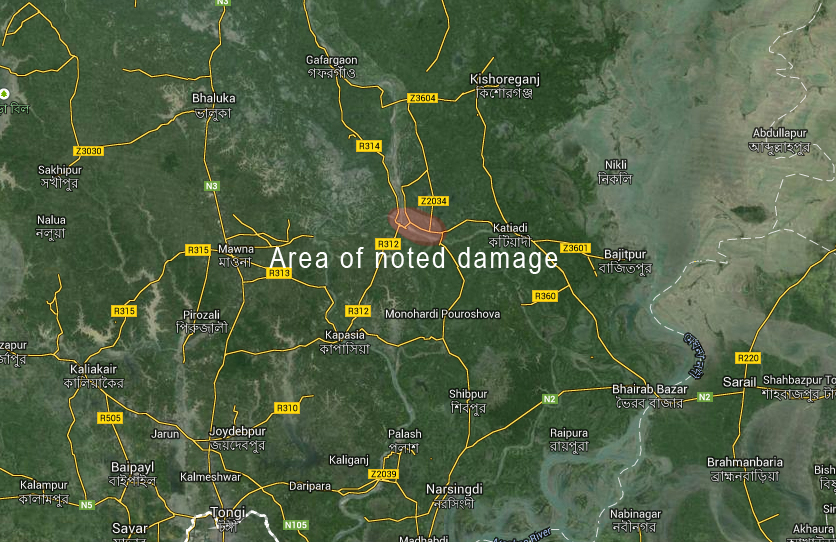 There was a substantial but modified pool of cooler air left over from the previous nights convection as shown on this threat assessment from Tim Vasquez made in the afternoon. 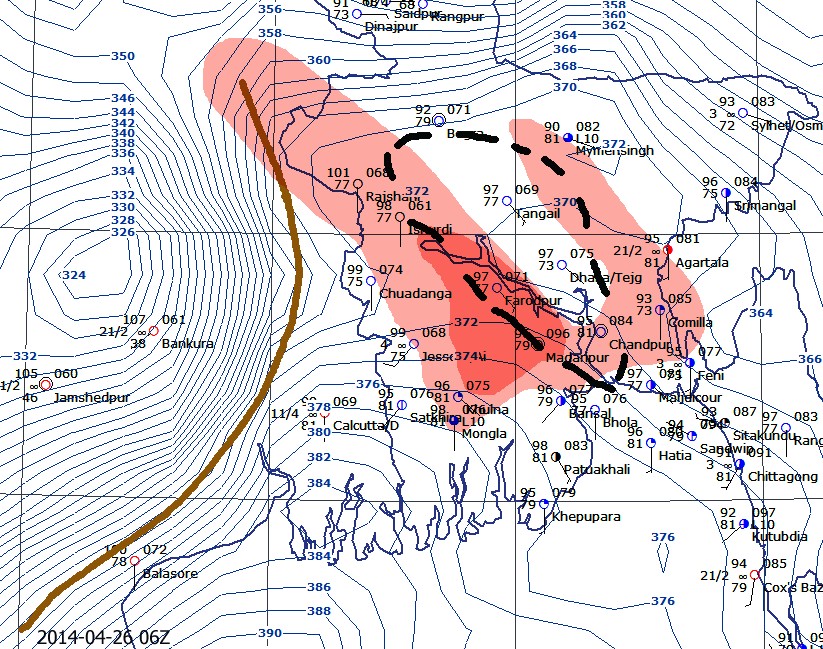 It turned out that the area of storm formation was on the north end of the outflow, resulting in several cells developing. Around 5:45pm the cell was likely impacting the area around Toke-Motkhola Road. We believe that the event was a microburst based on the damage and the relatively new storm showing an intensification at this time. RFD is possible since it was a supercell but overlaying on the map shows it well into the FFD.

There were dozens of coconut trees destroyed or snapped. 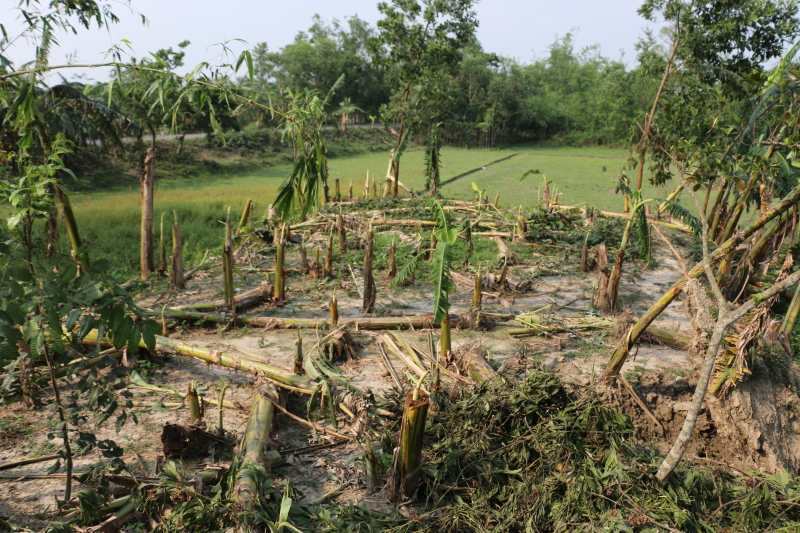 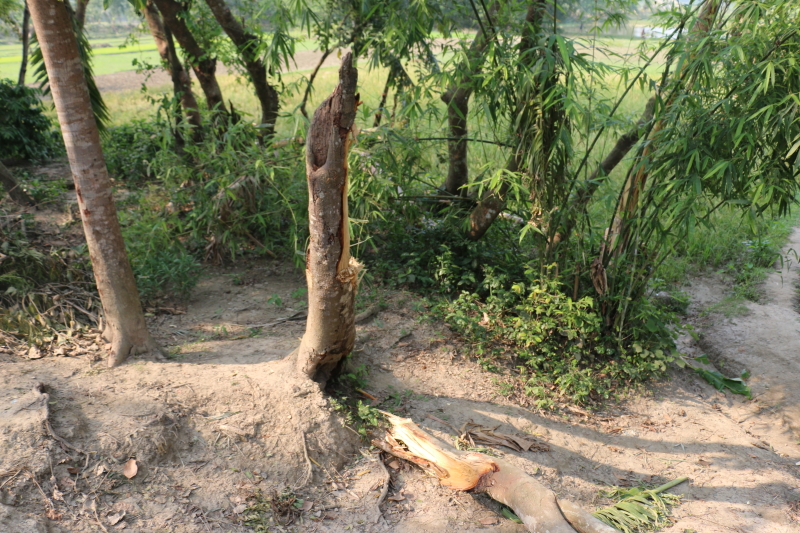 At least one tree was uprooted. 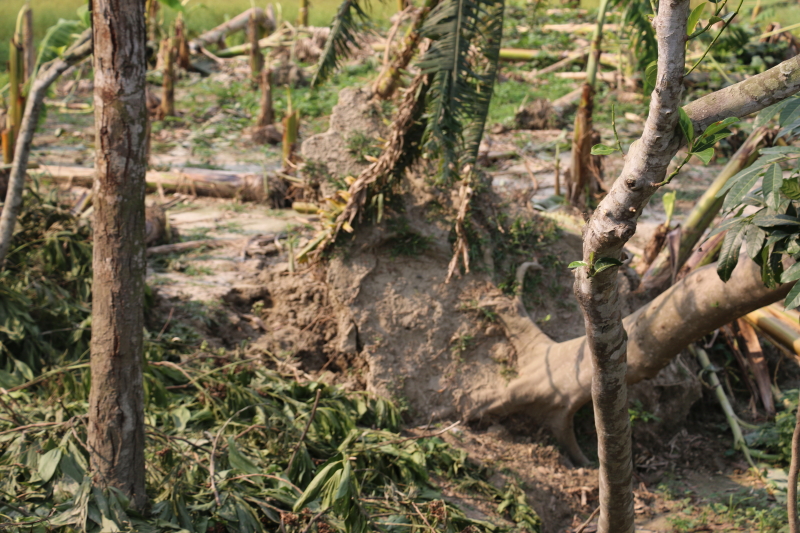 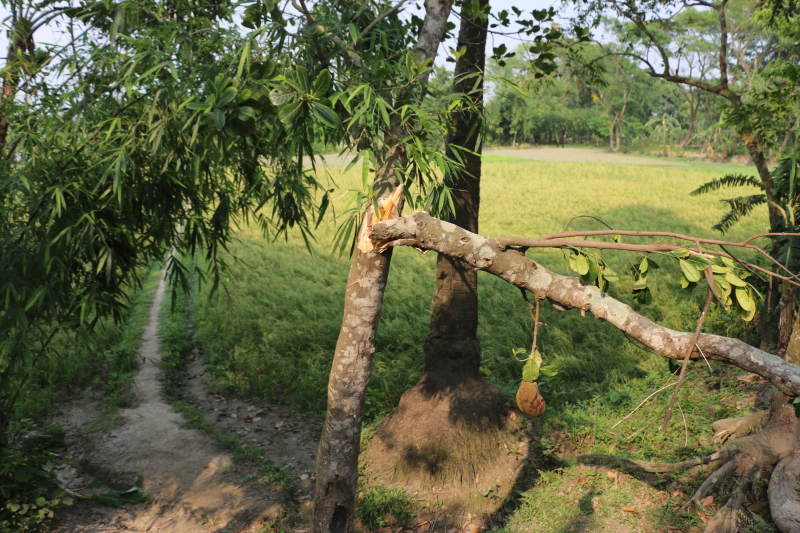 At least one building collapsed, no fatalities reported by villagers. The storm and intense winds were witnessed by everyone. 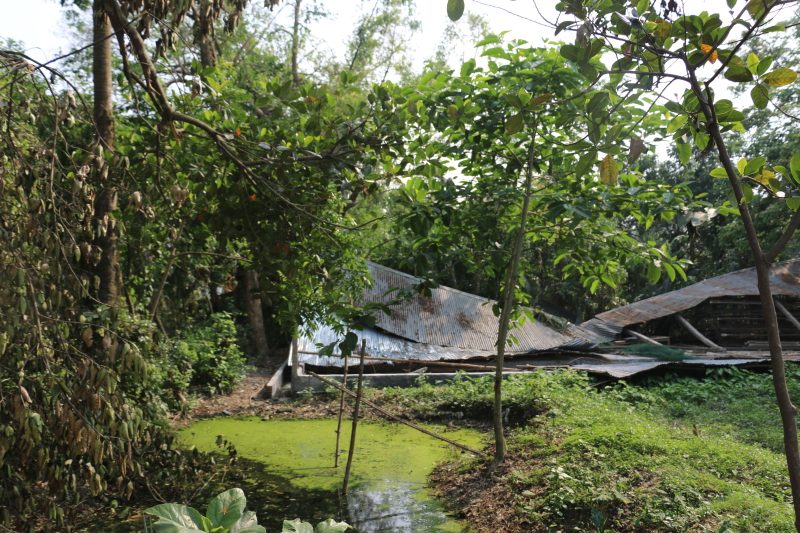 Doppler radar shows a developing storm, most likely a supercell given that it split from another cell and headed straight south.

This image taken during the time of damage has been overlaid with a map that appears to show the village is not over the updraft itself but deep in the forward flank. 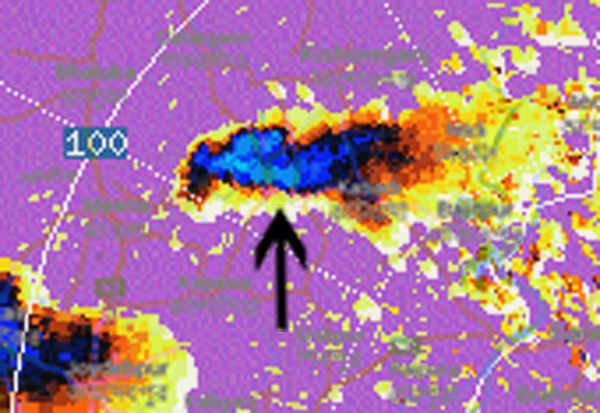 An area of showing max inbounds, outbounds and noise is present. 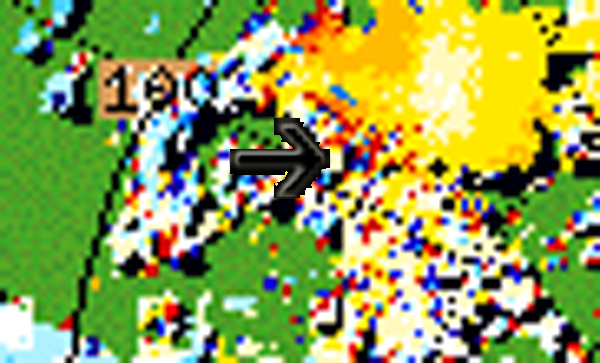