Today was the first day in the escalating severe weather pattern in Bangladesh. The original plan was to head to Kulaura but that was based on storms having formed overnight in the Khasi Hills, throwing a boundary south and then forming another set of storms which were supposed to re-initiate during the daytime. Unfortunately, by morning it was clear none of this had happened and there was no clear boundary to focus on. After consultation with the forecast team it was decided to target the river circulations that had previously fired storms earlier in the month near Chandpur. About 10km NE of Matlab Bazar, we stopped for some meteorological measurements and ice cream and were impressed that the dewpoint was still rising as opposed to mixing out as it usually does in the afternoon. 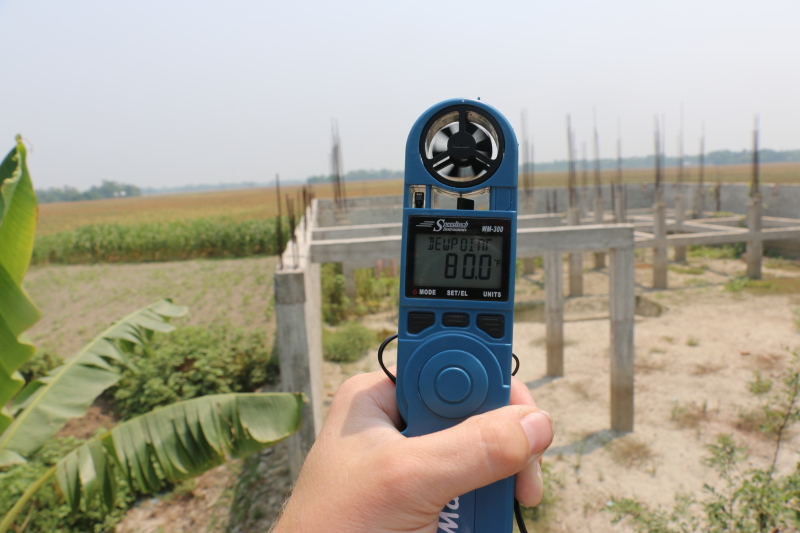 END_OF_DOCUMENT_TOKEN_TO_BE_REPLACED

Meet The People Of Bangladesh 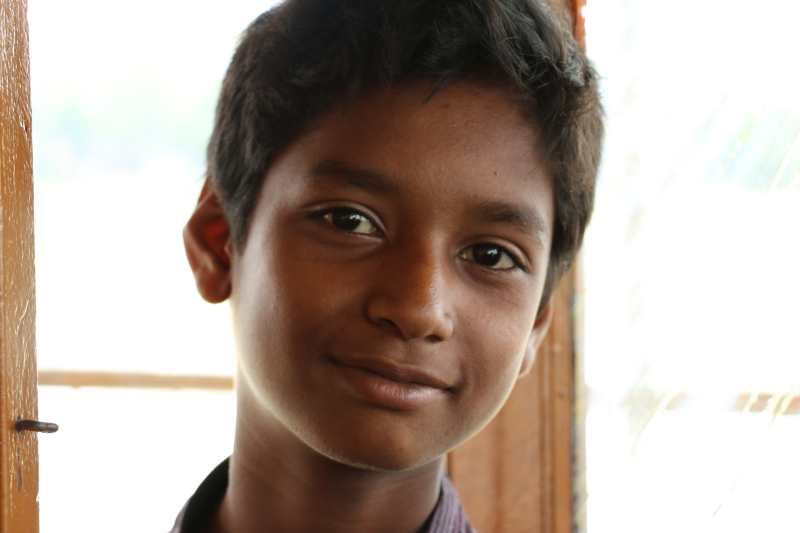 This kid followed us around on the ferry across the Padma. 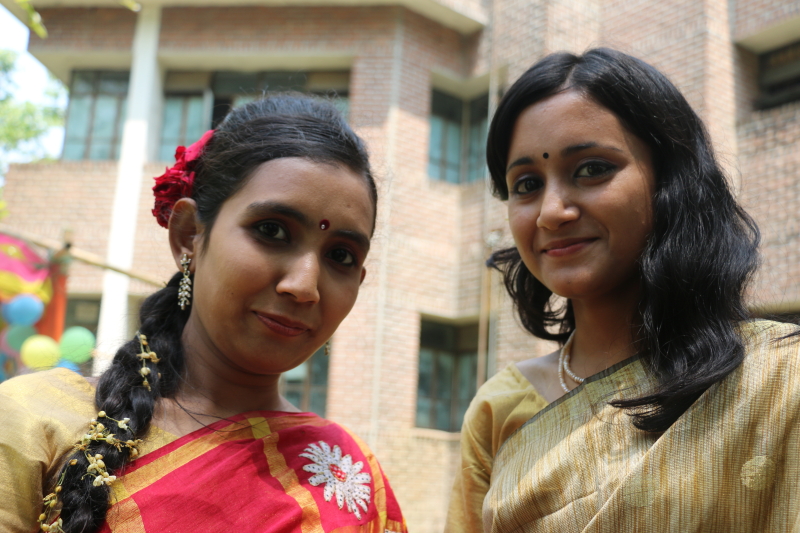 The girl on the left tried to teach me Bengali phrases (and laughed a little when I said them). The girl on the right made me sing a Taylor Swift song, her favorite singer.

After consultation with the forecast team, we decided on playing the boundary left from the previous convection that occurred overnight and in the early morning hours.

Significant outflow boundary was being created around midnight with continued storms for several hours. END_OF_DOCUMENT_TOKEN_TO_BE_REPLACED

The last deadly tornado to hit Bangladesh struck last year (2013) on March 22nd in the district of Brahmanbaria. It was also the first Bengali tornado to be recorded by several cell phone cameras.

Today is the celebration of the new  year (1421) all across Bangladesh there are huge parades, music, dancing and food. The word Pohela means first and Boishakh is the first month in the calendar (and named after a star near Jupiter). The Kalboishakhi (thunderstorm) is named after this month. Here’s our visit to the festivities in Shajalal University in Sylhet, where many people were very friendly and we ended up posing for over 30 photos and participating in the many parades. 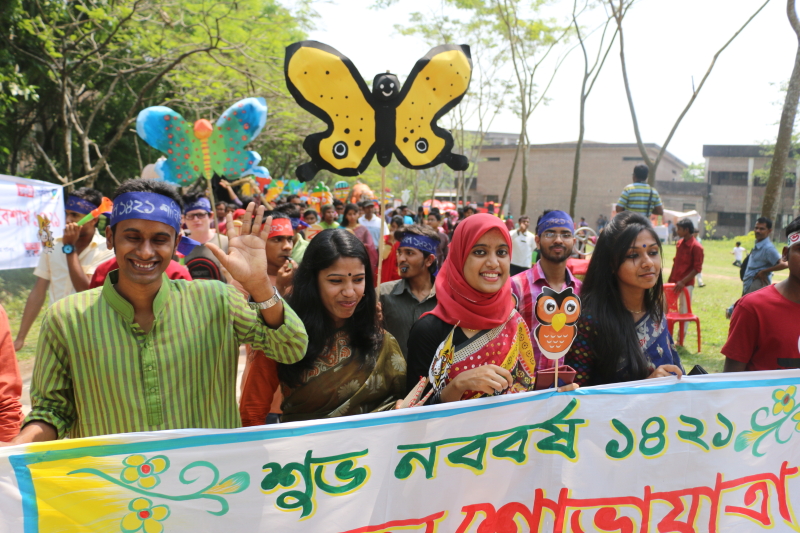 END_OF_DOCUMENT_TOKEN_TO_BE_REPLACED

On April 26th, 1989, tens of thousands of people in the Manikganj district of Bangladesh were finishing up with their days work and eagerly waiting sunset so they could break their Ramadan fast. Another hot April day where children went to school and villagers worked harvesting crops, coconuts, working on their homes, or working in gathering mortar or make bricks. Unknown to them a series of meteorological events had begun to transpire, these included a powerful streak of air coming down from northern India and bringing with it strong mid and upper level winds and cold temperatures. At the surface, a strong low pressure center developed calling the dry air of eastern India into the extremely moist air of Bangladesh. The stage was set for an incredible and devastating weather event to take place. END_OF_DOCUMENT_TOKEN_TO_BE_REPLACED

Eastern India and Bangladesh is quite unlike anywhereyou are likely to find on the earth. The combination of sufficient shear, backed winds and extremely high moisture make for a volatile situation. END_OF_DOCUMENT_TOKEN_TO_BE_REPLACED

I left for Munshiganj as a compromise target and after the long ferry and slow ride through winding small roads full of rickshaws, arrived to grab some lunch and visit local people.

Here’s a proud Bangladeshi farmer who works near the river. 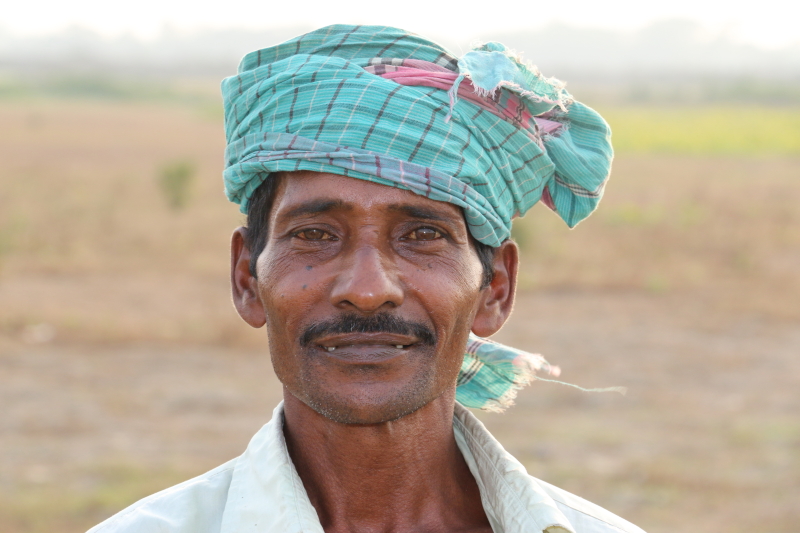 In villages I’m usually surrounded by kids. Some people know a little English like “how are you” and they will yell it out when they see you walk by. I love the expression on the girl to the left. END_OF_DOCUMENT_TOKEN_TO_BE_REPLACED 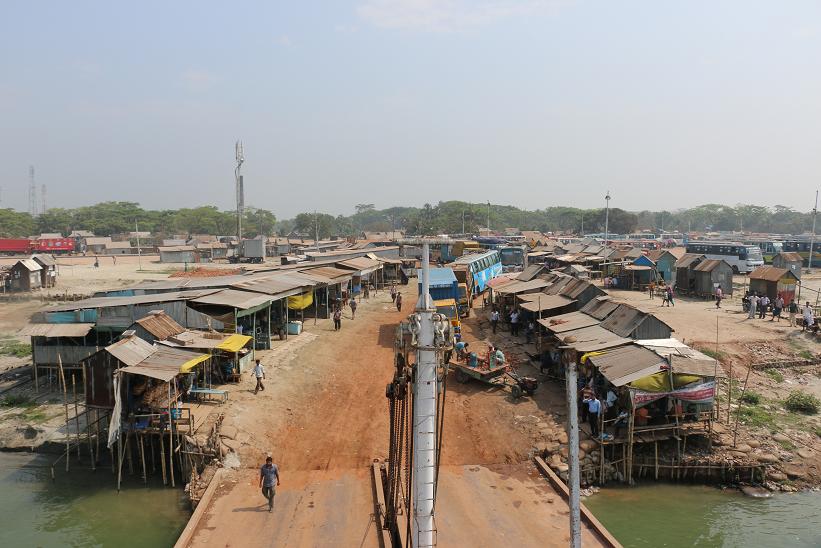 I woke up at 9pm after sleeping a couple hours and begun doing some night photography of Dhaka and looking over forecast models for the following day and discussing with the team. At around 4:30am the sounds of the call
to prayer echoed around the still quiet old Dhaka to give it a very certain surreal feeling. END_OF_DOCUMENT_TOKEN_TO_BE_REPLACED 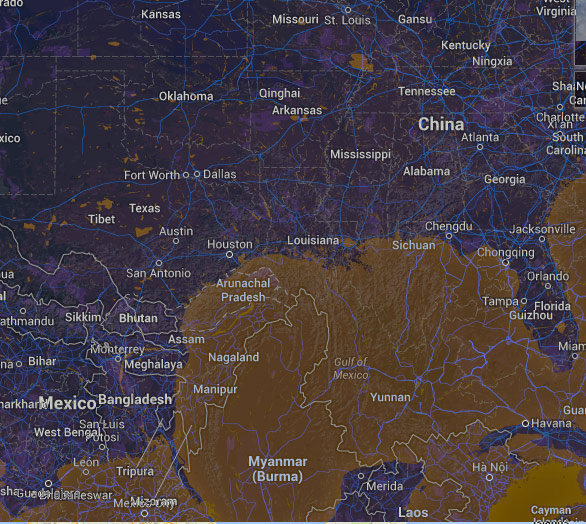 If Bangladesh were located in North America, the extreme northern end would touch the very bottom of Texas and the bottom end would be in Ciudad Valles, Mexico.

Bangladesh is approximately 59,777 square miles and is the fourth most crowded country in the world as measured by population density per sq km. It’s about exactly the same size as Georgia (59,425 sq km).

Many years ago I first became interested in the storms of Bangladesh. It was the mystery of it all, the fact that here was this place that to most of us has little perception to the world. And weather lore, news accounts and a whole lot of meteorological data seemed to all suggest, that behind the curtain may lie one of the greatest, if not the greatest, severe storm capitols of the world.

After years of indecision and conversations with Jonathan Finch who pretty much wrote the book on forecasting in Bangladesh, I decided this year was the year. No doubt the preparations were immensive, the amount of studying, planning and coordinating was a substantial undertaking. But I am truly happy to report that these things have all come together and that I currently reside in Bangladesh with a wonderful local team including a University of Dhaka student, an excellent maniacal driver and a team back in the United States assisting in the forecasting and nowcasting duties.

I arrived in Dubai and around 7am last night. My first trip overseas, I was amazed at the splendor of both Dubai and of Emirates Airlines in general, hearkening back to a world where perception was everything and status was a reflection on how people saw you (PAN AM days of America). The plane for Dhaka left at 2am, still having been able to sleep during the previous 17 hour flight and 7 hour delay, I would most certainly not be doing so now. It was a packed plane with around 350 Bengalis ready to head home. It was truly funny to see how many of them couldn’t understand anything the flight attendants said even after repeating herself over and over, as if they aren’t really concerned with such things.

On landing the old airport sent out a raggedy old bus that was rusting with many broken fans and we packed in tight on it.

After an hour and a half of getting through customs and getting my bags which thankfully arrived, I went outside to the hot, moist and slightly burnt smell of Dhaka. There were cars coming in everywhere being yelled at by some military officer. Behind a fencer were about one hundred people. young and old, unfortunates.

Having decided that due to lack of data and a definitive target I would stay In Dhaka we went on a 3 hour trip to the hotel through Dhaka. All I can is ‘wow’, this place is chaotically beautiful. Immensely unique – full of incredible friendliness and insane poverty. You can see anything anywhere, and the roads are complete anarchy. It’s an adventure to go anywhere, where at anymoment you may be sandwiched in by two buses or watch a bunch of people run nearly over. The sound of Dhaka is the sound of the horn! It’s not aggressive driving, it’s just anarchy where by the rules are dictated by who is willing to push the farthest. Rickshaws both motorized and pedal driven are all over the roads.

People were living on the street, with a simple cloth tent, while next door may be a BMW dealership. A fire burned out of control for no particular reason and yet underlying it all, there is some structure to this chaos, not a lot but just enough to sustain it. The people are friendly and helpful and are immensely proud that a foreigner would visit their country. One thing to remember is Bangladesh is a young country and it creates feelings in the soul similar to what those people who came to an early America. Imagine that time you showed your friend a favorite track of a record you wanted them to hear, that eager anticipation while they listened to it. The art, uniqueness and warmth are of the Bengali people are of a  degree you can find very few places.

Tomorrow we resume our mission to locate severe storms, onward! 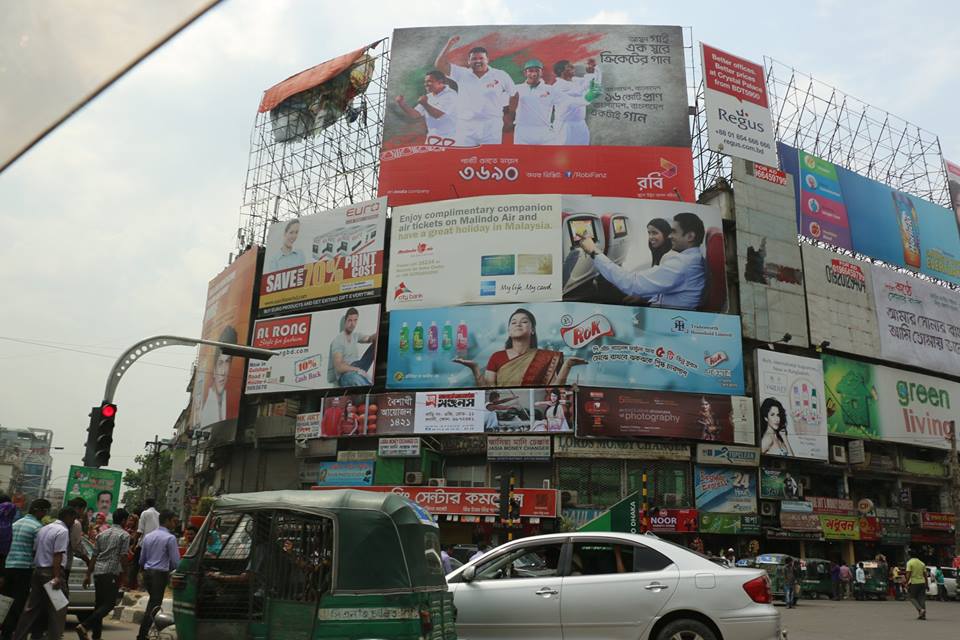 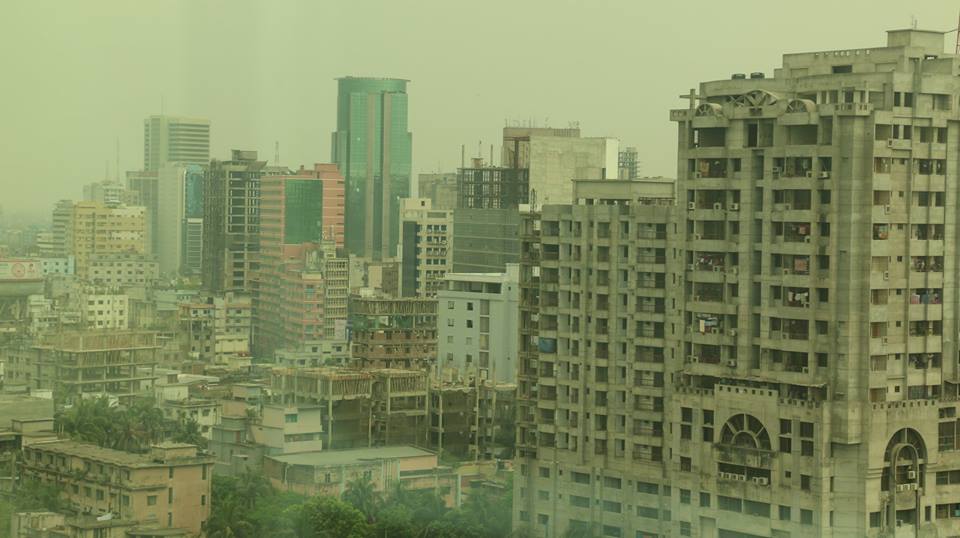 Tornadoes Around The World 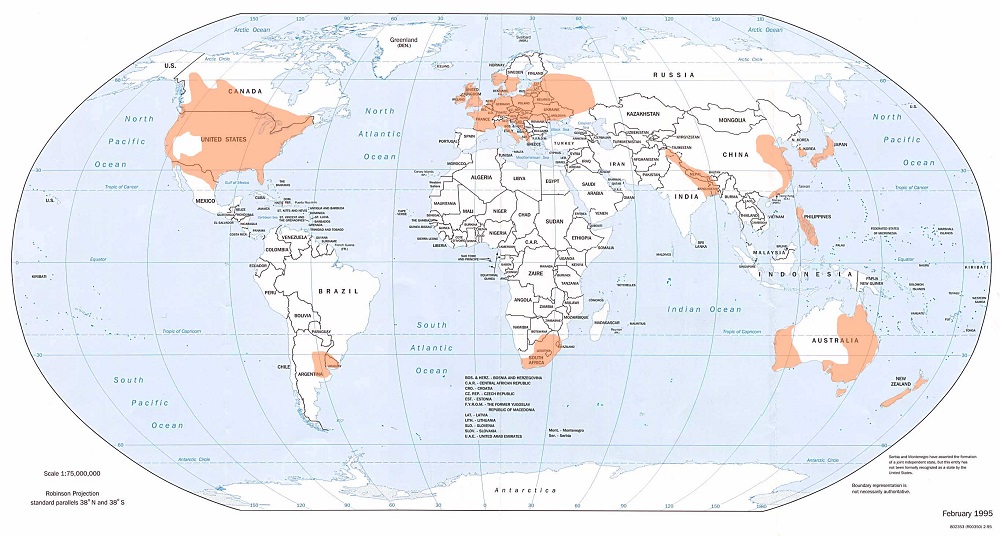 Tornadoes are common in several regions of the world – the largest, most studied and densest is the Great Plains of America “Tornado Alley”. This area receives over 1,200 tornadoes per year, most occurring over sparsely populated landscapes and photographed by storm chasers and storm spotters.

Argentina also gets its share of tornadoes during their spring (which is opposite ours) and gets plenty of severe storms and extreme lightning storms. If you are planning a trip go check out this forum.

South Africa also gets its share of tornadoes and even has a forum dedicated to those who try chasing these storms. If you are interested in chasing South Africa, join this forum.

Australia is home to its fair share of thunderstorms and occasionally a tornado. They get around 16 tornadoes per year and have a significant amount of severe thunderstorms. If you want to learn about chasing and meteorology in Australia, check out this website.

Europe does get tornadoes, some of which can occasionally be strong/violent and tend to be concentrated in areas where topography/common weather patterns are favorable. 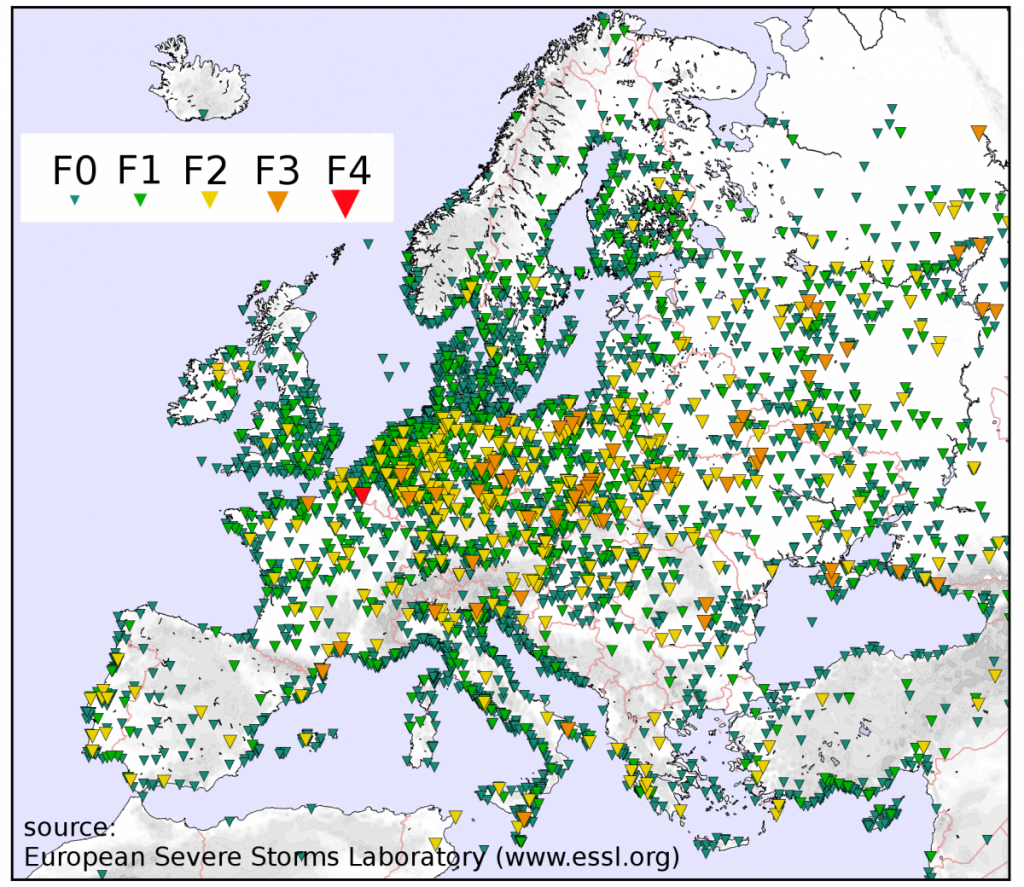 Europe occasionally experiences outbreaks similar to what happens in the United States where multiple supercells are producing tornadoes simultaneously. And according to this video they have the strongest windows ever.

Of course this list would not be complete without Bangladesh – a place where the world’s deadliest and least observed tornadoes have occurred.

There are other regions that experience tornadoes not mentioned, including near the eastern coast of China and Japan – as well as reports that some parts of Russia may receive them.